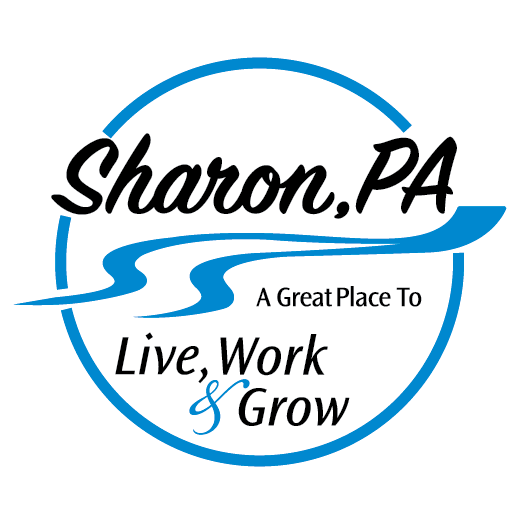 The Sharon Fire Department is a professional, community-oriented public safety organization that pledges to exemplify stewardship and innovation.
The Sharon Fire Department serves the City and surrounding communities providing fire suppression, rescue, haz-mat, fire prevention and code enforcement. Nestled within the westernmost portion of Mercer County, Sharon is equidistant between the cities of Erie and Pittsburgh in Pennsylvania and Cleveland in bordering Ohio. Once a thriving primary metals town, Sharon is in long-term economic duress (28 consecutive years-to-date) resulting in a flux among residents. This continuing loss of a once iron-clan industrial base has resulted in abandoned and neglected buildings that, coupled with an aging and deteriorating stock of housing, pose unique challenges to the City’s firefighters.The again thriving downtown section is cradled between two steep hills, one that is a city block from the Ohio border and the other that serves as a steppingstone to the eastern sector of town. As a former “mill town,” the City is densely populated with street after street of row-type housing radiating in every direction towards neighboring towns. Today, the City’s 3.7 miles embrace 318 commercial buildings and 7,388 housing units. At least 50% of the homes were built before 1939 with at least 41% of the families in these homes having moved into the homes since 1995. This synopsis presents evidence of why the Sharon Fire Department responds to an average of 74 structure fires per year.

The Sharon Fire Department is a career fire department composed of a Fire Chief, 4 Captains, 4 Lieutenants and 30 firefighters.